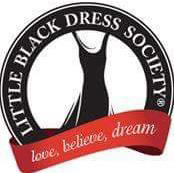 Carol S. Gamble left her career in 1988 as a computer programmer with Bexar County in San Antonio, Texas to embark on her 20+ year career as a “stay-at-home mother”. She has a 29 year old daughter, and 24 year old twin daughters, as well as a 6 year old granddaughter and 7 year old step grandson. She is a Domestic Violence survivor of an almost 30 year marriage. While staying home, she homeschooled her 3 children, ran 2 different homeschool co-ops, relocated to Comfort, Texas and worked as the high school librarian, and was the main caregiver for her father for 1 ½ years before he passed away.
She chose at age 51 to relocate to Austin, Texas and “start over” and it was by far the best thing she has EVER done FOR HERSELF to date. She became an Americorps VISTA, a volunteer, in July 2013 for a 1 year commitment – She thought she would be the one giving and contributing to others’ lives, helping to better lives, situations, etc. But, she has been the one who benefitted far more from this experience than others! She has had so many opportunities, and met so many people, and knows that being in Austin was just a continuation of her year’s purpose!
She was overwhelmed at first by all that she was to undertake working with 3 different organizations, CAN (Community Advancement Network), THI (Texas Health Institute), and the ATCRRT (Austin Travis County Reentry Round Table, but it was a great experience! Part of the experience as a VISTA was to go through the processes that many of this population goes through. How strange it was for her, a person who had “privilege”, to leave a good paying job to experience the life of “poverty”. So, as she pointed out to her friends and family, SHE CHOSE THIS LIFE FOR 1 YEAR, these people didn’t choose it – they fell into it by bad choices, or life’s crisis. She was able to go back to her cozy life in August 2014, but they will probably still be in their situation, if not worse. This is why she did this – she doesn’t want to forget this experience. If labeling is necessary, her label would be an “ADVOCATE”.
Her passion is to work with hurting people, (she has worked primarily with women, but also includes men as well), victims of domestic violence, recovering alcoholics and substance abuse users, women whose husbands have been incarcerated, and women and men who have been formerly incarcerated, as well. She has been involved with many organizations, as either a volunteer or board member, such as Little Black Dress Society, XOC (Ex-Offender’s Council, part of the ATCRRT), The San Antonio Battered Women’s Shelter, Truth Be Told, SafePlace, Master’s hands No More Chains Ministries, YWCA, and many others.
She doesn’t know what the future holds, but she does know that relocating to Austin and being exposed to such a different group of people changed her forever. She stayed on with Texas Health Institute, as the Office/Event Coordinator after her 1 year assignment ended in July 2014. The latest addition to her story was getting married to her childhood friend, Glen Gamble, and becoming a stepmom to his 17 year old son, Trey, and 34 year old daughter, Melissa, and grandsons Mason, Tyler and Jordan Cash.
Her experiences have shown her the gaps in the systems, the lack of resources and many more things which she feels God has given her a passion to help bridge those gaps. She wants to partner with like-minded people, and organizations, who also share the passions of wanting to help close the many gaps, one at a time, and with sustainable, purposeful solutions, not with “Band-Aid” fixes.
Her next season has included relocating back to San Antonio in March 2016, with her husband, to care for her mother who has Alzheimer’s. They have also become a part of Refuge Church of San Antonio and the ministry to SA’s homeless population, Taking it to the Streets.
In the fall of 2016, Carol began transitioning into the role of Executive Director for Little Black Dress Society. She has been a part of this ministry since 2009, and officially took over the position to allow founder and friend, Amanda Graybill, to spend more time speaking and writing her next book. This is the ministry where Carol began her first steps to healing and she wants to continue to give back and minister to those who are still in abusive relationships or somewhere in between on their journey to healing. There are many things in motion for the organization going forward, but it will always remain true to the original mission of ministering to hurting women.
Carol has spent much time mentoring women, being a legal advocate and volunteer, speaking at university/college events and classrooms, women’s conferences, churches, and at all LBDS events. She has been interviewed for radio interviews, and video documentaries sharing her story and bringing awareness to DV. She will continue to speak out for those who cannot and help hurting women who need a voice and a hand up to help them rebuild their lives after abuse…