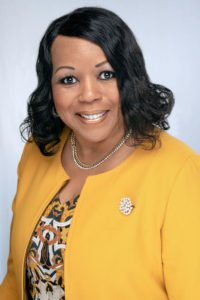 Dr. Melissa Ann Walker is a family medicine physician and the owner and founder of Carol Clinic for Family-Centered Healthcare in San Antonio, Texas.  Carol Clinic is named for her late mother, Mrs. Carol Williams Walker.  Dr. Walker’s mother suffered a stroke at the age of 53 and was hospitalized for greater than two years before her death.  After her mother’s death, Dr. Walker’s initial desire to become a physician was reignited.  She had previously placed her pursuit of medicine on hold to complete her graduate studies.   After completing medical school and residency training, Dr. Walker returned to San Antonio to open the Carol Clinic. This name is also an acronym: C – Care, A– Attention, R– Respect, O– Oneness, and L – Loyalty.  She believes these and so many other attributes were possessed by her mother.  Dr. Walker strives to exemplify the same in the care of her patients.

Growing up in rural Louisiana, she saw firsthand the disparities in healthcare and the seeming lack of care shown by people of her community when it came to their health.  Dr. Walker believes that the lack of education, not the lack of care, is the leading cause of her mother’s death and the poor outcomes of so many.  She has made it her mission to provide education to not only her patients, but to the entire world.  She travels both nationally and internationally providing care and education.  Along with a team of twelve nurses, she journeyed with Destiny Ministries to Southern Africa and Botswana.  While there, Dr. Walker and the nurses held medical clinics in the rural villages of Botswana.  For her work, she received a personal note of recognition from the late Bishop Sarah Davis of the African American Episcopal Church.  As an ambassador for the American Stroke Association’s Power to End Stroke campaign, Dr. Walker has traveled across the country doing talks on stroke prevention.  She was the featured speaker for the San Antonio ASA’s concert featuring Kirk Franklin.  Dr. Walker was also chosen to address the Congressional Black Caucus in Austin, Texas.  For her work with the American Heart Association, she was the recipient of the J. Kent Trinkle Physician Volunteer of the Year.  Specifically, for her work with the American Stroke Association, she was awarded the ASA’s Visionary Award.  This award is given to an ambassador who has done the most to educate others and promote the cause of stroke prevention.  Dr. Walker has appeared on Trinity Broadcasting Network’s (TBN)” Doctor to Doctor” show.  Two of her segments on Colon Cancer and Diabetes brought many letters and emails from viewers across the Nation.  She was recently a guest on SA’s local affiliate TBN show, “Joy in our Town.” She was also featured in San Antonio Medicine Magazine’s “A Day in the Life.”

Dr. Walker is the Founder of a caregivers’ conference called “Heal the Healer San Antonio.”  This one-day symposium targets both formal and informal caregivers.  This role Dr. Walker knows all too well; having been a caregiver for both her parents during their illnesses.

Dr. Walker continues to play an active role in her local community and abroad.  She presently serves as the President of C.A. Whittier Medical Society, the local branch of the National Medical Association.  She was recently elected to the position of the NMA’s Region V Chair. She is a former member of the Alumnae Board of Governors for her medical school, Midwestern University in Illinois.  She was awarded the President’s Citation award by Midwestern.

Dr. Walker is a graduate of Grambling State University where she received both a Bachelor Science in Biology and a Master of Public Administration in Health Services.  She has proudly served as Chaplain for the San Antonio’s Chapter of the Grambling University National Alumnae Association. Prior to attending medical school, she did graduate studies in Neurobiology at the University of Texas in San Antonio.  She received her medical degree from Midwestern University and completed residency at the University of Texas Medical Branch (https://thecaviarcollection.io/)in Galveston.

Dr. Walker is vivacious public speaker.  She travels the United States and abroad speaking on healthcare issues and other topics to which she gives a “medical and spiritual” prospective.”  Her speaking name, “Dr. Missie Rayford” is both nostalgic – Missie being her nickname; and a way to honor her marital status – Rayford being the last name of her husband and old college acquaintance, Edgar.  She is a proud, 28-year member of Delta Sigma Theta Sorority, Incorporated.

Dr. Walker gives praises to God for all her many blessings and talents.  She believes that medicine is a ministry for which she was chosen.  She often states, “My goal is to make a difference in the lives of families, all families.”