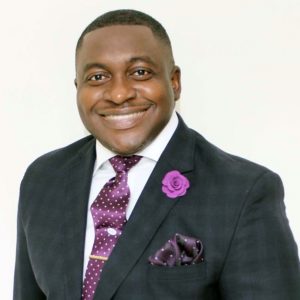 Reverend Dr. John Aniemeke serves as the lead pastor and is the co-founder of Bethel Covenant Assembly Of God (BCAG) in San Antonio, Texas. Along with his wife, Pastor Chidinma Aniemeke, they were led and directed by God through the Holy Spirit, to establish a ministry in San Antonio for believers to come together under one room to fellowship and serve God. In 2013, Dr. Aniemeke and his wife were both ordained as a Pastors and Bethel Covenant Assembly of God began with nine foundation members. Under his leadership, the ministry has grown exponentially with over 500 members. In June of 2017, he was ordained as a Reverend by the national executive board leadership of the Assemblies of God Church, North America. He enjoys his profession, but is more passionate about his service to God, his family and to people.  The mission of BCAG is  “touching heaven and changing earth”.

Reverend John Aniemeke is a diplomate of The American Board of Periodontology and a graduate of University of Texas Health Science Center San Antonio, Texas where he graduated Cum laude in May 2009 with a Doctorate of Dental Surgery (D.D.S); Where he received the Quintessence academic achievement award as an outstanding student in periodontics. He also obtained a combined Certificate of specialization in Periodontics and Oral Implantology and a Master of Science Degree (M.S) at the Graduate School of Biomedical Sciences. He currently maintains a private practice limited to Periodontics and Dental Implants. Dr. Aniemeke lectures both nationally and internationally in the field of General Dentistry, Oral medicine, Oral Implantology and Periodontics. He enjoys is passionate to serve God, his family, the people of BCAG and people globally.

Reverend Dr. John Aniemeke, and his wife, Dr. Chidinma, have one daughter and two sons.